Thank you for the opportunity to earn your business for your catering needs.

Pietro Viviano and his wife, Rosalia, came over from Italy in the early 1900’s and were the parents of the late John P. Viviano, Sr., founder of Viviano’s Italian Restaurant.  Pietro, Rosalia, and their children, John, Frank, Rose, Sam, and Bill, started in the food service business by opening a spaghetti and ravioli canning business in St. Louis in 1935.  The company came to be known as “Vevco Foods.” In 1952 Vevco Foods moved to Belleville, and was the only pasta canning business in the state of Illinois at that time.


In the mid-sixties, Pietro and Rosalie retired from Vevco Foods, but decided to operate a small pizza and spaghetti business from their home.  They were very well received and became a popular place to pick up a pizza on the way home from work.  After Pietro retired, the four Viviano brothers went into different businesses, while the oldest of the four, John, Sr. and his wife, Justine LoGrasso Viviano (born in Italy), opened “Viviano’s Pizza” in 1975.  Although the pizzas were not made in their garage as Mom’s and Pop’s pizzas were, the same great taste is still there (named “First Place” Belleville area pizza contest winners).  “Viviano’s Pizza” was renamed “Viviano’s Italian Restaurant” when the restaurant expanded three times and an extensive pasta menu was added.  Since then in 2004 we have been  focusing on catering  to create special memories for you, your family and maybe for your business you’ve worked so hard to build.  The Viviano family has been bringing great Italian cuisine going as far back as World War II.


And just for a note, if you prefer a good old fashion meat and potatoes kind of meal, we can do that too.  Just with a little flare.


We sincerely hope you and your family and friends will choose Joe Viviano Catering for all your catering needs. 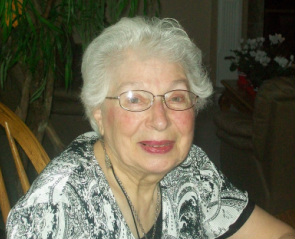